After a relatively quite 2016 the first half of this year has seen a dramatic increase in airline pilot recruitment in the Asia Pacific region. Led by Hong Kong powerhouse Cathay Pacific, the second half of 2017 is looking just as positive for both Captains, First Officers and Second Officer recruitment. Read on to find out where who’s recruiting pilots and where in the Asia-Pacific region. 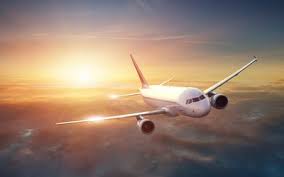 Whilst in the pacific airlines such as Virgin Australia, Air New Zealand and Jetstar have all resumed their pilot recruiting it’s Cathay Pacific that continues to lead the way recruiting unprecedented numbers of Second Officers. With no sign of slowing down and with huge numbers of airframes being delivered between now and 2020 Cathay continues to be a great option for young pilots looking to make the transition from turbo-prop regional’s into a major carrier.

Further south in Singapore, the national carrier backed Scoot continues to recruit experienced Captains and First Officers for their expanding fleet of 787’s. The airline has also more recently began hiring less experienced Second Officers to be employed on their longer distance destinations. All pilots recruited by Scoot are based at the airlines base of Singapore. As with any young expanding airline promotion through the ranks is expected to be swift consummate with experience.

Jetstar Asia, the other Singapore based low cost carrier is currently advertising via their website for pilots to operate their expanding fleet of A320’s.

Neighbouring Indonesian and Malaysian carriers Lion Air and AirAsia, with a combined order book of over 600 B737 and A320’s whilst having a strong preference for national cadet pilots will continue to recruit foreign pilots into the foreseeable future.

With a recent stagnation in pilot employment, Australian and New Zealand carriers have awoken from their slumber to find most of the pilots on their hold file now reside in Hong Kong. Flightdeck Consulting has seen a large increase in their clients being offered interviews with both Air New Zealand and Virgin Australia whilst Jetstar New Zealand has recently advertised for expressions of interest from prospective pilots.

“A word of advice” warns Sasha Robinson from Flightdeck Consulting, “No matter how qualified for the job you may be only the best prepared candidates will be offered positions”. With recent changes to recruitment procedures many highly qualified pilots are falling foul in their interview. “Airline pilots are very good at what they do but when it comes to facing a twenty something year old HR graduate on the opposing side of the interview table they tend to struggle, that’s where we step in” says Sasha. “within two sessions our pilots are fully prepared for their interviews and are armed with the necessary tools to tackle any question put to them by the panel”.

So, whilst the outlook continues to be bright for both experienced and inexperienced pilots in the Asia Pacific region the message is clear, when it comes to your career preparation is the key to a successful interview and an exciting career as an airline pilot.

For a full list of our products and services visit our website or if you wish to discuss your career don’t hesitate to phone or email us. 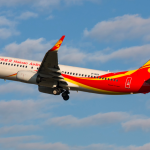